12 spots for when you realize that you only ever go to the same 5 places.

The West Village is like a really nice looking black hole that sucks you in every once in a while, and you probably eat at the same places every time you wind up there. If you’d like to branch out, here’s how to do it. This guide has a bunch of restaurants that aren’t the best-known spots in the neighborhood but are still worth your time and money. Think of this as your West Village 301 course, and use it to find some spots that don’t remind you of every person you’ve ever dated. 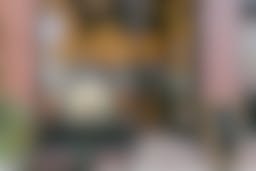 Walk down West 4th Street between 10th and Charles, and you’ll see a few nice trees, several townhouses worth millions of dollars, and maybe also Judd Apatow trying to pretend he isn’t Judd Apatow. And if you look closely, you’ll also spot The Little Taco House. It’s a tiny place with minimal seating, and it’s a great option for some quick Mexican food in the neighborhood. The tacos are solid, the burritos are even better, and the tortas are excellent. Order one with chorizo, and be sure to use some napkins before you try to shake someone’s hand. 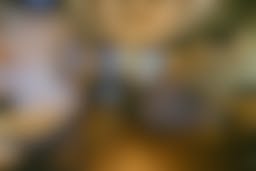 Pizza places in New York City are about as common as craters on the moon. That’s why some perfectly great spots like Brunetti don’t get the attention they deserve. The Neapolitan pizza here is charred, chewy, and exactly what you want when you’re looking for a cheese-covered pie that you can eat by yourself, and there’s a little back patio for when it’s warm out. So the next time you’re wandering around the West Village, getting increasingly hungry while you look for a place where you won’t have to spend several hundred dollars, remember Brunetti. 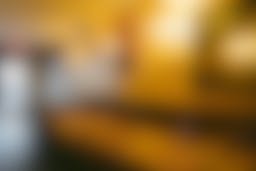 You’ve probably seen Rosemary’s. It’s that big, light-filled Italian restaurant at 10th and Greenwich where your roommate’s best friend likes to eat after attending a sample sale in Soho - and it gets extremely busy. So instead of going there, try Le Baratin. It’s only a few doors down, and it’s a charming neighborhood spot that feels like something you’d find on a residential street in Paris. Inside the brick-walled room it usually smells like a mix of incense and chicken. The food isn’t exactly mind-blowing, but you can get some steak frites or a good piece of duck here, and you’re going to want to hang out for several hours regardless of what’s in front of you. 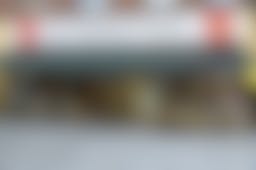 La Bonbonniere isn’t the newest or shiniest restaurant in NYC - so we’d like to take a moment to remind you that it exists. This classic West Village diner has an inexplicably French name, and it’s exactly where you want to be eating pancakes and bacon on a Sunday morning. If it’s warm out, you can grab a table on the sidewalk and count the Golden Globe-nominated actors walking their dogs. 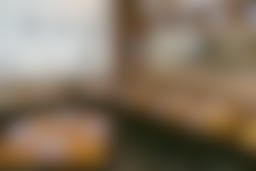 You’ve probably heard of Kiki’s (and their two-hour waits), and you’re probably aware of the fact that Astoria has an extremely high concentration of excellent Greek restaurants. But the West Village also has one of the best places to eat Greek food in the city, and it’s called Snack Taverna. With its hardwood floors and brick walls covered in black-and-white photos, it looks like your standard, charming West Village spot where you could introduce your significant other to your parents, and it’s a great place for some casual taramasalata and branzino.

Rahi is from the same people behind Adda, a casual spot in Long Island City where you can get some of the best Indian food in NYC. And, while it’s sometimes tough to find a table at Adda, you can pretty much always get into Rahi. The food here is a little less traditional and a little more expensive than at Adda (entrees are mostly around $30), and you should think of this place as one of the top options for an impressive, last-minute meal. You can get some duck curry or some ridiculously good spaghetti squash, and you’ll probably be able to trick someone into thinking that you had to bribe a busboy in order to get a table at this somewhat upscale spot on Greenwich Ave. 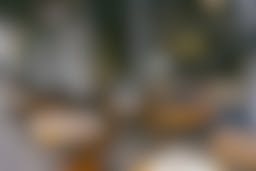 It’s always useful to know about a spot where you can get a plate of pasta, some hummus, or a nice piece of fish. If you’re in the West Village, that place is Meme. The food isn’t flashy, but it’s solid and packs wide appeal (tuna tartare, paella, kebabs, etc.), and it’ll get the job done when you’re wandering around the West Village wondering where you can sit and eat things without having to wait for several hours in order to get seated. Stop by with someone you need to catch up with, or bring your parents and make some small talk in the homey space while you eat a chopped salad. 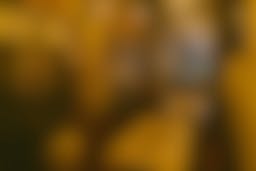 Let’s say you want to go to Via Carota, but a host just informed you that it’s going to be several hours before you’ll be allowed to eat food there. You can either go home, read a whole book, and come back, or you can walk a few blocks down to Fiaschetteria Pistoia. This is another walk-in-only Italian spot in the West Village with excellent pasta, and (since not as many people know about it) it’s considerably easier to get into. The space is about the size of a large storage closet with dim lighting and white brick walls, and it’s an ideal spot for a last-minute date. 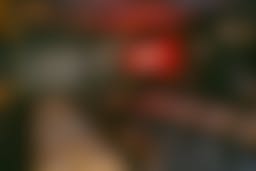 Lamano isn’t the newest or hottest restaurant in the West Village, but it’s useful for a lot of different scenarios. It’s a great place to get a snack before a show, share a few small plates with a date who you may or may not be into, or grab a table and eat a full meal. The food is Spanish with a good selection of tapas (we especially like the thinly sliced octopus with potatoes) as well as some larger plates like rice with chicken and shrimp. Make a reservation just to be safe, and be sure to choose non-communal seating if you don’t enjoy sharing large tables with strangers. 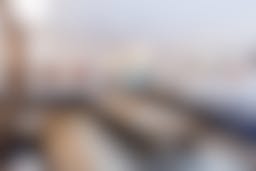 Technically in Greenwich Village by about 20 feet, Kubeh is the sort of spot you forget about until you realize you need a good last-minute place to grab dinner. And once you remember this Middle Eastern restaurant exists, you’ll feel smarter than all of your friends and acquaintances. This place specializes in soft, round dumplings (called kubeh), and you can get a few different kinds in a variety of soups, including a few vegetarian kinds. There are also some non-soup dishes like schnitzel and shawarma, and the space is bright and pleasant. 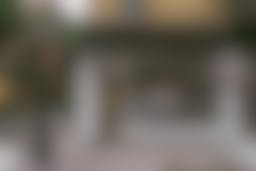 Casa isn’t new, and it isn’t exactly unknown (it attracts a decent-sized weeknight crowd), but you get the impression that the people who eat here all live within four blocks of this place. This is a small Brazillian restaurant with a bunch of windows looking out on a quiet block of Bedford Street, and - with its minimally functional vintage-looking chandeliers - it stays about as dark as a medieval library. The food is a little pricey (most entrees are around $28), but the menu is huge, and you can get some great empanadas and a solid version of the Brazilian stew known as feijoada here. It’s an ideal place to bring a last-minute date or some relatives who just announced that they’re in town, and if you poll all your friends, you’ll probably find that none of them know about Casa.

It’s always nice to know about a few spots that still feel like New York 50 years ago, even if you weren’t here 50 years ago. Spain in the West Village is one of those places. The grumpy, 80-year-old Spanish bartenders who pour sangria all night and give out free tapas - yes, free tapas - are the same people who opened the bar/restaurant in 1966. Post up with your friends in the small front bar, order some Spanish beers, and patiently wait for patatas bravas, mini meatballs in a delicious tomato sauce, or whatever else the kitchen decides to send out. 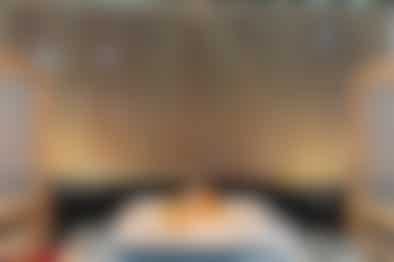 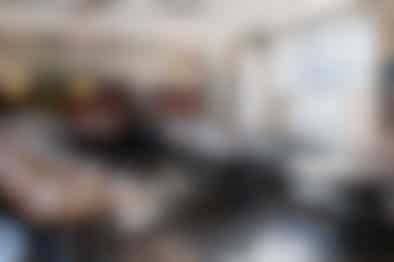 The Best Restaurants In The West Village

All the spots you’ll want to know about the next time you wind up in this neighborhood full of brownstones and celebrities walking their dogs. 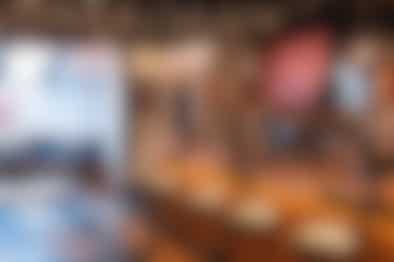 Where To Drink In The West Village

Whether you need a basement spot with tiki drinks or a craft beer bar that also serves coffee, use this guide to the best bars in the West Village. 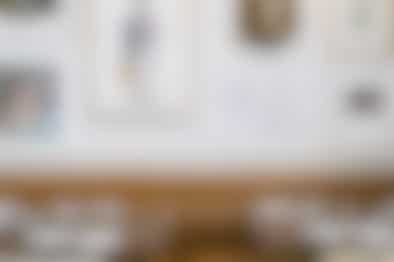 The Best Places For Brunch In The West Village

Where to eat bacon and eggs on a day that starts with the letter S. 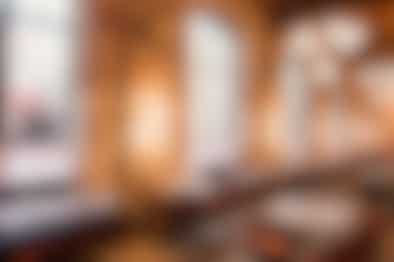 The Best Restaurants In Williamsburg

All the Williamsburg spots where you’ll find us eating. 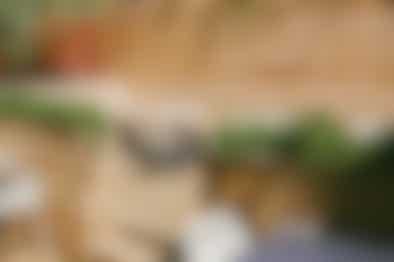 Now that “catching up” is suddenly everyone’s favorite activity, it’s time to practice the art of the hour-long drink-and-snack.

Find that Snuggie you bought in 2009 and stash some peanut M&Ms in your tote - you’re going to the movies, baby (sort of).
Restaurant Finder