No matter how much you already know about sake, we’re guessing you can imagine what spiked Sprite at prom, a stiff paloma, or even creamed corn at a barbecue in July tastes like. At Accidental Bar in Alphabet City, these descriptions are used less like official tasting notes and more like an entry point for you to find the sake of your own personal drinking dreams. You won’t realize how much you’re inadvertently learning about the centuries-old process of fermenting rice, water, yeast, and koji until after several 4-ounce pours. “Come for the party, leave a little smarter” the menu reads in handwritten cursive.

Accidental Bar opened in June of 2021 in the (largely unchanged) former Lois space on Avenue C. The new sake bar’s owner, Austin Power, was just as bummed as the rest of Lois’ neighborhood fan club was when they closed during the pandemic - it’s where he had his first date with his now-husband. After the Lois team decided to shut down, they gave Austin the keys and their blessing to take over the space. His mission: open a neighborhood sake spot where it’s just as fun to learn about what you’re drinking as it is to get drunk. 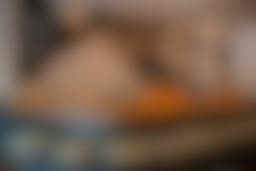 Austin has spent over a decade working as a sake sommelier, including gigs at Tokyo Record Bar, Niche Niche, and Sake Bar Satsko - a fantastic Alphabet City sake bar opened by Satsko Watanabe in 2004 from which Accidental Bar undoubtedly takes influence. Now, at his own spot, Austin writes the menu himself in black sharpie with editorialized commentary that reads like a text you might get from a friend. To describe Asahiyama junmai from Niigata, Japan, for instance, Austin writes, “Basic in the best way - dive bar vodka soda.”

The sake options at Accidental Bar vary based on the season, but they’re always organized geographically from the North to the South of Japan. You might meet an extra-dry junmai sake from the Iwate prefecture on the northeastern coast of Japan’s main island. It tastes like barley tea and, below it, the menu reads, “My favorite brewer!” Over the course of the same night, you can also drink sake made about six miles away at Brooklyn Kura in Industry City - one of the city’s only two sake breweries. 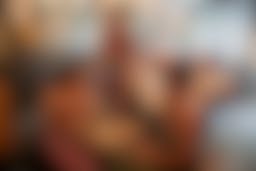 When sake is described as a vesper martini or a “creamy karaoke sensation,” the likely result is that you’re going to order more than one 4-ounce pour. About twenty minutes after you do, your brain may send an internal notification that it’s time to eat. Accidental Bar planned for this. They serve a small menu of snacks like a simple scallop crudo, and anchovy and roasted red pepper toast on sourdough from C&B nearby. There’s also an Otsumami plate with a rotating selection of snacks like nori, smoked oysters, marinated fava beans, strawberries, blue cheese and anything else that makes sense for that particular day. Austin says the plate is meant to pair with any sake listed on the menu, in an effort to allow customers to explore the flavors of whatever they’re drinking.

Accidental Bar is one of those places you could show up to alone or with a group, and still have an equally good time. Hang out at the bar, and start talking to someone in the neighborhood who creates art out of bubble wrap. Ask questions about what exactly makes nigori sake cloudy. End up talking to Austin about the design on his shirt, which he produces himself and wears like a uniform.

If traditional classrooms had the same curiosity-stoking approach to learning as Accidental Bar (and student debt wasn’t a thing), we’d all probably have PhD’s by now. Instead, hang out at Accidental Bar, and leave with a buzz and a lot more knowledge about sake than you had when you walked in. 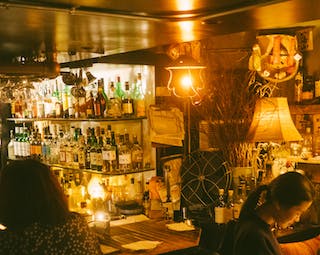