Tasty Planet
March 23, 2021
Not All South Beach Restaurants Suck
But even the good ones trapped in the “entertainment district” are suffering the consequences of Spring Break.

On Saturday, March 20, The City of Miami Beach declared a state of emergency with only hours notice given to local businesses. Officials said there would be an 8pm curfew within South Beach’s “entertainment district.” Everything would have to close by then, and the major causeways that lead to Miami Beach would also be shut down, with only a single lane accessible to those who work or live in the area.

Stephanie Vitori, the owner of South Beach’s Cheeseburger Baby, was at the press conference on Saturday. Her restaurant does most of its business well after 8pm, and falls within the entertainment district, which runs north/south from 16th to 5th Street, and stretches east/west from Ocean Drive to Pennsylvania Avenue.

She’s just a few blocks from the Ocean Drive sidewalk cafes, establishments long avoided by locals, known for scamming and overserving their guests. This is, unsurprisingly, where the rowdiest crowds have gathered over the past month, earning South Beach heaps of bad press in the local and national media.

“I went to the live press conference and I said, ’Why can’t we do deliveries? At least give us deliveries after 8pm,’” Vitori says. City leaders ended up agreeing with her and allowed it. Vitori was thankful, but says it’ll only help so much, especially with delivery services taking such high percentages of each sale.

She’s exhausted and she’ll admit it.

This has not been an easy year for anyone - anywhere - in the restaurant industry. But for the restaurants within South Beach’s entertainment district, the events of this past weekend are yet another huge hurdle to overcome. And there are, in fact, good restaurants within the entertainment district: spots as popular with locals as they are with tourists, like Mac’s Club Deuce, La Sandwicherie, Taquiza, La Leggenda Pizzeria, and Cheeseburger Baby.

Not everything is about getting every last dollar from a guest.

But, like it or not, these restaurants, are suffering the consequences brought on largely by the Ocean Drive sidewalk cafes - even though Vitori doesn’t necessarily see that kind of crowd at her restaurant.

“They looped us in because they’re saying it’s a high-impact zone,” she says. “I understand like 6th, 7th, 8th, 9th Street - yes, that’s a high-impact zone. But 15th and Washington? I mean, yeah, we’re busy. Of course we have spring breakers. Of course we have tourists. It’s March. It’s that time of year. But we don’t have what’s going on on Ocean Drive on Washington Avenue.” 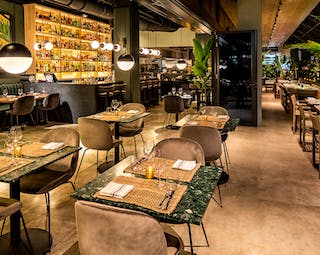 Spring Break, which is big and drunken every year in South Beach, has been particularly big and drunken this year. Contributing factors include abnormally cheap plane tickets and hotel rates, a culture of drinking cartoonishly large cocktails that has been allowed to thrive on Ocean Drive for years, and a lack of competition from other Spring Break cities, many of which are still mostly shut down due to COVID. And so, this month, South Beach went from being a Spring Break destination to being the Spring Break destination. This led to overwhelming (and almost entirely unmasked) crowds that caught the city off guard and stirred panic among residents, thanks largely to videos and photos that have circulated on social media, which range from forehead-slappingly stupid to genuninely terrifying. 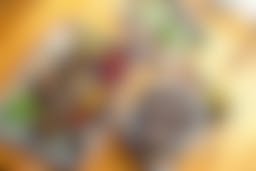 Taquiza, an excellent Mexican restaurant, is a couple of blocks southeast of Cheeseburger Baby, a bit closer to the trouble areas of Ocean Drive. The restaurant was closed for an entire year before the team finally sensed enough business in the neighborhood to sustain their South Beach shop. They opened on Thursday, just two days before the state of emergency declaration.

“I told the manager, if you at any time do not feel safe, lock the doors. Because your safety is more important than sales,” says Christine Guzman-Martínez, the operations manager of Taquiza. Thankfully, though, it never came to that. “What you see on all the social media is definitely there,” Guzman-Martínez says, “But I was very impressed by the guests we actually had. So I can’t say that was everything completely horrible and chaotic.”

But it also has definitely not been business as usual, Guzman-Martínez admits. On Thursday, Miami Beach police shot pepper balls into a large crowd, causing a stampede. 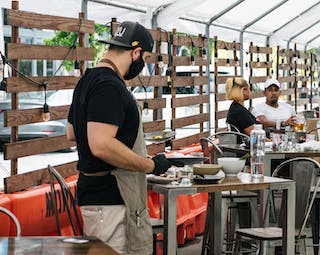 “There were people that actually ran into our store and were like, can we just order something so we can sit down and take a breather, because it’s a little crazy out there,” Guzman-Martínez says.

Vitori agrees that this year is noticeably busier and crowds have been more out of control than usual. Still, she says, it’s not quite as bad as some of the videos look - at least not at her restaurant. “I’ve had people who I haven’t talked to in years reach out to me and be like, ‘Are you OK?’” she laughs. 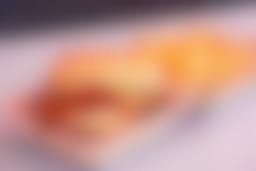 Neither Cheeseburger Baby or Taquiza plan on closing for the duration of the state of emergency order, which could last until April 12. Both teams will try to make it work for the duration of Spring Break. Vitori’s pre-pandemic sales were about double what they are now. And Guzman-Martínez estimates that Taquiza, which now has to close an hour and a half earlier than planned, will lose about $5,000 from Thursday through Sunday. Still, Guzman-Martínez is happy to eat the loss if it comes with a safer, more secure South Beach.

But getting there will be tough.

“I don’t know,” Vitori says, “but they’ve got to come up with something better than what’s happening right now. And it’s hard because you can’t control flight prices or hotel prices or how many people are staying in a hotel room. There’s a lot going on. It’s not just the government. Everyone is at fault in some type of way.”

Guzman-Martínez also thinks a solution to fix South Beach - if one even exists - will need to be a team effort.

“We have to be better as a city,” she says. “Not everything is about getting every last dollar from a guest... if a customer wants to come in and overindulge, it’s the owner’s and the manager’s responsibility to still be a responsible vendor.

“I think that if people who occupy the Ocean Drive spaces really focus on - which is a hard sell - just having a good customer experience and giving people that opportunity to have a fun time, but in a safe environment, I do believe things will change. But it won’t be until the people who are owning the spaces put forth that effort as well.”

The Best New Outdoor Restaurants In Miami
11 new spots where you should definitely wait for a table outside.

10 Bottomless Brunch Options In Miami
Because you know you’re going to have more than two mimosas.

I Just Can’t Get Excited About Ghost Kitchens
They’re being marketed as the future of restaurants, but I really hope that’s not true.