On January 18, Elon Musk tweeted about building an underground tunnel in Miami. In less than 24 hours, he received responses from the Mayor of Miami and the Mayor of Miami-Dade County, who both showed the enthusiasm of a dog that just heard you open a bag of treats. 18 days later, on February 5, Musk had a call with Francis Suarez. It went well, Suarez eagerly reported on Twitter.

The whole thing proved that, if nothing else, this city is actually capable of moving faster than an upside down turtle. So why, then, after more than two years of back-and-forth drama, is La Placita still being dragged through a bureaucratic garbage disposal of petty and costly drama about their Puerto Rican flag mural?

Here’s some context, in case the last sentence didn’t make any sense to you.

On January 1, 2019, chef José Mendín and his business partner Julián Gil opened a Puerto Rican restaurant called La Placita. The restaurant is located in MiMo, one of the few Miami neighborhoods that has a historic designation, which is meant to protect the integrity of the “Miami Modern” style of architecture that MiMo gets its name from. Mendín and his team commissioned Puerto Rican artist Héctor Collazo Hernández to paint a Puerto Rican flag across the building’s exterior. They applied for a permit to paint the building during a big opening ceremony, and they got it. But in a mistake that anyone who’s ever tried to fill out a single page of government paperwork can probably relate to, it was the wrong permit. Oops. 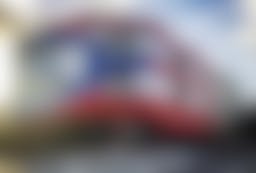 What followed was a nauseating game of ping pong that has lasted over two years. Since La Placita’s opening day, Mendín and company have been sent back and forth between the Miami Historic and Environmental Preservation Board and the City Commission, seeking a solution and getting nothing but legal fines that have amounted to over $60,000, according to the Miami Herald. It’s like when you ask your dad if you can do something, and then he tells you to ask your mom, but then she tells you to ask your dad. It’s like that, only if that went on for two years and cost you over $60,000 in fines.

Eventually, La Placita pointed out that there actually was already a mural at Organic Bites, a restaurant across the street. It was less visible from the road, but there nonetheless - and had even been approved by the Commission. So the city told La Placita they could leave their mural up until Organic Bites took theirs down.

But Organic Bites just closed recently and yesterday La Placita got yet another notice from the city - in the middle of a pandemic - ordering them to paint over their flag.

In the least nuanced way of looking at the La Placita drama, one could say, “Hey, they broke the rules, and now they’ve got to be accountable.” But there is, in fact, a lot more to this story, which has predictably flown right over the well-gelled heads of our local government and the MiMo Biscayne Association, who have been leading the charge in the fight against La Placita.

So here’s some more context.

Hurricane Maria was estimated to have killed over 4,500 Puerto Ricans, according to a Harvard study. That’s actually why Héctor Collazo Hernández started painting flags in the first place. It was part of a project he called 8 Pueblos y 1 Bandera, where he traveled across Puerto Rico to paint a flag in each of the island’s 78 municipalities. “The essence of the project, aside from reaching all of the towns, is to rescue buildings, places that everyone thinks are lost, and turn them into tourist spots,” he told the Miami Herald.

The La Placita mural was the first one he did off the island, and it predictably became a rallying point for South Florida’s Puerto Rican community. To this day, I drive by the restaurant and usually see people posing in front of the building, beaming with pride.

La Placita is a very personal restaurant for José Mendín - a Puerto Rican native, veteran of the Miami food world, and creator of the Pubbelly restaurant chain. It’s his first true Puerto Rican restaurant and the menu features recipes from his own family. But unfortunately, it’s also shown him a different side of the city he’s lived in for decades.

“The nastiness that came out of it, I’ve never seen anything like it in my whole time in the United States,” he said on chef Michael Beltran’s Pan Con Podcast. (Full disclosure: I’ve been a guest on the podcast before). “I had a lady in front of me screaming, ‘We don’t want brown people here.’”

I live in MiMo, and I’ve driven past La Placita almost daily for a year and a half. The mural’s never bothered me. I do love the historic motels along Biscayne Boulevard, but La Placita’s building was built in 2009, and I hardly noticed it before the mural. I still barely notice it, mostly because I’m distracted by the uneven manhole cover right in the middle of the street that nearly launches my poor Honda Accord into outer space every time I drive over it. But we’ll see when the city gets around to fixing that.

For now, it seems their attention is on more exciting things than potholes and finding a common-sense solution that could not only help out a local business and a chef who’s contributed a lot to this city’s restaurant scene, but also preserve an important landmark for a community that so badly needs it.

5 Great Caribbean-Style Roti Spots In Miami
There are a lot of great places to get roti in Miami, but these are five of our favorites.

Where To Go In Wynwood If You’re Sick Of Wynwood
Wynwood can be overwhelming, but here are some casual places where you can actually have a conversation.

The Best Bakeries In Miami
If you love bread, you’ve come to the right guide.

Not All South Beach Restaurants Suck
But even the good ones trapped in the “entertainment district” are suffering the consequences of Spring Break.