LA will always be known as a taco and sushi town, but our sandwich culture is quietly as strong as any city in the country. That’s right folks, people in LA do, in fact, eat bread. So much so that even in the midst of a global pandemic, great new sandwiches have continued to emerge in every corner of town. From Cambodian num pang in Lincoln Heights to a breakfast sandwich that’s being dropped down (via bucket) from an apartment in East Hollywood, here are the 13 new sandwiches you need to be eating in LA right now.

Oh, and for the record, tacos and burgers aren’t sandwiches - don’t @ us - so we did separate lists of The Best New Burgers In LA and The Best New Tacos In LA.

Everything you need to enjoy some semblance of summer. 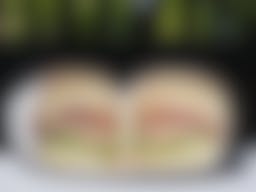 Little Coyote is a neighborhood pizza shop in Long Beach with New York-style pies that are worth getting on the 405 to eat. That said, if you come here and only order the pizza, you’ve done yourself a grave disservice. And that’s because Little Coyote is also home to two incredible sandwiches - The Classic Italian and the Meatball. Topped with mortadella, capicola, soppressata, provolone, and the works, The Italian is your traditional deli-style cold cut sub and easily a meal on its own. The Meatball, on the other hand, is made with slightly sweet beef/pork meatballs and will send you into a deep existential state as you try to figure out why more restaurants in this town don’t serve meatball subs. 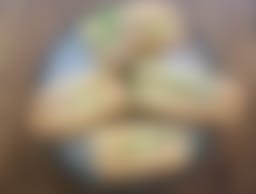 Located in Lincoln Heights, Gamboge is a Cambodian deli/cafe/marketplace with excellent food that’s perfect for a quick lunch on one of our favorite patios in town. While we certainly recommend the chicken salad and the grilled coconut corn, the stars of the show at Gamboge are the num pang. A close cousin to the banh mi, they’re served on crunchy bolillo bread (a variation of a baguette) and filled with everything from poached chicken to grilled oyster mushrooms. Our favorite right now, however, is the spicy pork shoulder, which comes marinated in a lemongrass paste and topped with pate, chili jam, mayo, pickled papaya and carrot slaw, and other garnishes. It’s a fragrant and savory masterpiece, with just a little kick of heat at the end. 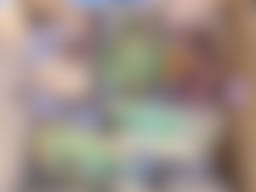 Located inside a garage in Echo Park/Historic Filipinotown, Chainsaw started as an underground dinner party series in 2019 run by the former pastry chef at Here’s Looking At You (RIP) and a sous chef at Providence. During quarantine, it’s become a contactless pop-up selling homemade pies, ice cream, and a grilled pork sandwich that needs to be put on your priority list immediately. Available only on Sundays as a part of their $30 “Chainsaw Lunchbox,” this hefty sandwich comes topped with smoked potatoes, shredded lettuce, black butter, tomatoes, garlic mayo, and grilled pork shoulder we’re confident would be a star dish on any restaurant menu in town.

Owned and operated by Nashville hot chicken royalty, Kim Prince, Hotville Chicken opened its doors in late 2019 and immediately became one of the best places to eat hot chicken in LA. And don’t get us wrong - the chicken is fantastic, and absolutely what you should come here for, but if you leave without getting one of the hot fish sandwiches, you need to turn around and go back. Crispy on the outside, the white fish itself basically melts in your mouth, but also acts as an ideal agent (along with the excellent slaw) to cut through whatever heat level you put on it.

The neon sign affixed to the building shouts PASTRAMI in big, glowing letters, so, yeah, that’s what you’re going to order at Johnny’s, the longstanding late-night spot reimagined (and reopened) earlier this year. That house-smoked pastrami is slightly peppery, sliced super-thick, and served simply on marble rye from Tartine Bakery with a dab of deli mustard. This is a big, bold showcase for the deeply smoked brisket, the bite of the bark, and the semi-rendered fat cap (we always prefer our pastrami a little fatty), with an emphasis on big - this is also a meal unto itself, so if you’re looking to try a couple different things here, we’d recommend ordering a half sandwich. 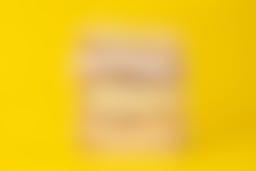 Open since late July, Katsu Sando is a tiny sandwich shop in Chinatown that pays homage to Japanese convenience stores. The menu is filled with grab-and-go onigiri (Japanese rice balls), katsu curry plates, and a variety of excellent milk bread sandos. While the pork katsu, egg salad, and honey walnut shrimp are all worth ordering, our current favorite is the menchi katsu. A deep-fried wagyu beef patty topped with frisee, mustard miso ginger slaw, and katsu sauce - it’s a perfectly balanced sandwich and the kind of quick lunch that’ll also keep you full until dinner. Tip: Don’t miss the wagyu curry cheese fries, either. 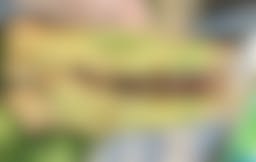 For all the terrible things 2020’s given us, at least we can now get breakfast sandwiches dropped to us in buckets from apartment balconies. Seriously. Calabama is a weekend-only pop-up that operates out of an apartment in East Hollywood, where the pick-up system literally involves a bucket drop from a top-floor fire escape. It’s an experience, but make no mistake, the reason you’re really here is the tremendous breakfast sandwich. Stuffed with fluffy eggs, bacon, and avocado, it’s basically the world’s greatest breakfast grilled cheese - and that’s a superlative that should get absolutely everyone out of bed on a Sunday morning. Also, the chef makes her own excellent hot sauce that’s available by the bottle as well. Tip: Get some, that and then follow their Instagram for all the latest details. 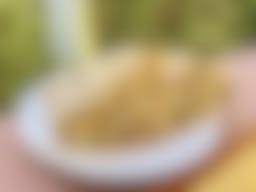 Bridgetown Roti is an excellent weekend-only pop-up in the Arts District that specializes in Caribbean street food such as flaky patties, fish cakes, and a curry chicken roti wrap you’ll be texting your friends about for days. Filled with tender chicken thighs, crispy potatoes, turmeric spiced cabbage, and scallions, don’t be fooled by its placement in the appetizer section - this can absolutely be its own meal. We say that not only because it’s big, but because once you take a bite of it, you’ll realize you’re not sharing it with anyone. Follow them on Instagram for the most up-to-date ordering information.

Don’t let the sandwich named after Jon Hamm fool you - Ggiata is a classic Italian deli at heart (even if they’re currently operating out of a takeout/delivery hub on Washington, between Arlington Heights and Pico-Union). And as such, you can probably guess the best sandwich here. The Classic is their version of an Italian sub, and they definitely do it justice. Loaded with meats and cheeses - ham, salami, capicola, and smoked provolone - and piled with fixings like Calabrian chili for a little pop, it’s also served on a wonderfully charred seeded baguette, which adds a slightly bitter punch. We also really like their chicken parm sub, and the understated (and oft-overlooked) caprese sandwich, too. 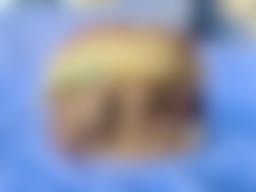 Papilles is a casual French bistro in Franklin Village and one of our all-time favorite restaurants in Hollywood. While they’re still doing their traditional French menu, they’ve also added a casual takeout menu during quarantine that features a fantastic patty melt and one of the Best New Burgers In LA. But here, we’re talking about the fried chicken sandwich. Unless you’ve been living under the world’s largest rock, you’re probably aware that fried chicken sandwiches are all the rage these days, but Papilles’ version is one you need to seek out. We love it for its simplicity - just perfectly tender fried chicken, pickles, and mayo on a pillowy potato bun. 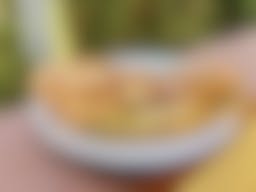 Located about 15 minutes south of Downtown in Green Meadows, Tortas Hula Hula is a tiny stand that sets up shop every weekend in a parking lot along Avalon Blvd. and specializes in one of El Salvador’s most popular sandwiches - tortas estilo Hula Hula. Named after the San Salvador city park they originated from, the sandwich is made with two beef patties, ham, mayo, smashed avocado, curtido (Salvadoran cabbage slaw), and salsa dulce all packed onto a long, flaky pan flauta that’s been toasted on the grill. It’s a remarkably flavorful, well-balanced sandwich and one of the most unique you’ll find in all of LA. Call (323) 627-3232 for daily hours of operation. 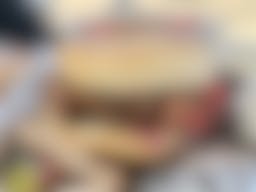 This parking lot pop-up behind Menotti’s Coffee in Culver City is grilling tremendous Santa Maria-style BBQ every Sunday, in an atmosphere that feels like a true neighborhood block party. There’s a big open fire pit, tables and blankets strewn about, music blasting out of speakers, and even a separate truck selling frozen margaritas. While there isn’t a bad thing on the menu, The Lone Ranger is a stand-out. Tri-tip, onions, cilantro, and house BBQ sauce all served on a soft potato roll, it’s admittedly a straightforward sandwich, but one where the quality of the meat does the talking. 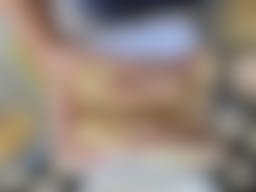 The Bad Jew is “A Very Unkosher Jewish Deli Pop-up” that’s been operating weekends out of The Nosh in Beverly Hills and The Naughty Pig in Weho. The chef cures her own pork pastrami and corned pork using a secret spice mix - and the results are tremendous. They’ve got two sandwiches: The Reubecca, a corned pork Reuben with havarti, pickle-heavy Russian dressing, and sauerkraut, or the Danny Boy, with pork pastrami, slaw, and that same dressing. Both are excellent, and choosing between them is like choosing a favorite child - so just order both and you won’t have any regrets. Follow them on Instagram for all the latest locations and info. 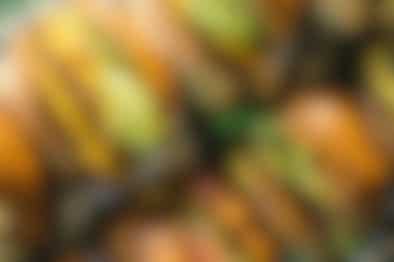 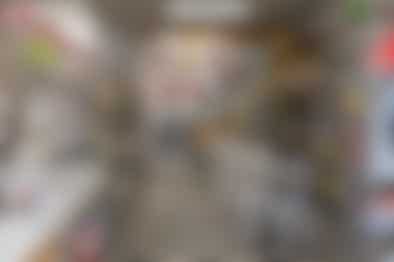 16 places where the only thing that matters are the sandwiches. 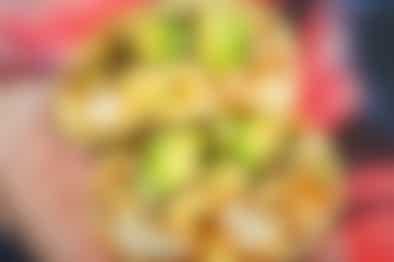 The 14 best spots to get your breakfast burrito fix in LA.

Japanese pastries, khao soi, Neapolitan pizza, and more... these are the best things we ate this week.

Ever wondered what Editorial Lead Brant Cox’s favorite restaurants are? No? Well, then this is awkward...

Love will always find a way. These restaurants can help.
Restaurant Finder