With Jamaican fusion food, pizzas covered in maitake mushrooms and stinging nettle pesto, and an oxtail stew so tender you’d think it was a film directed by Barry Jenkins, the Black-owned pop-ups of LA are once again proving that the most exciting meals in the city aren’t found at traditional brick-and-mortar restaurants. They’re being prepared in the chef’s backyard, ordered and paid for on your phone, and shared on Instagram - and have begun to show us a new definition of what a “restaurant” can mean. Here are 15 of the best ones all across LA. 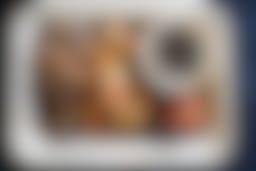 Even though the menu at this Jamaican fusion pop-up is constantly changing, they’re always serving up exciting versions of Caribbean dishes. Past menus have included burritos made with oxtail, jerk chicken served over rice, and “mosschata,” an Irish moss horchata sweetened with agave nectar. The menu is posted every Friday at 9am for preorders — so make sure you set an alarm (or seven), then text your order to (323) 300-4054.

They say if it’s not broken, don’t fix it. But at Brandoni Pepperoni, the art of pizza making isn’t being fixed per se - it’s being given an upscale twist. Like the name implies, chef Brandon Gray (whose resume includes stints at spots like Providence and Trois Mec) still serves an excellent pepperoni pizza, but he’s also created a bunch of unique pies covered in ingredients like heirloom tomatoes, baby king trumpets, maitake mushrooms, and stinging nettle pesto - many of which are sourced from local farms or markets. Find them all available for takeout here. 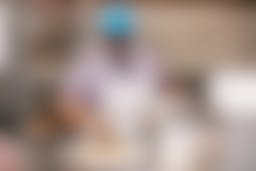 Operating out of Crafted Kitchen commissary in the Arts District, Bridgetown Roti is run by chef Rashida Holmes who serves Caribbean street food highlighting her Bajan heritage. The food of Barbados has many influences - including Indian, African, Creole, Irish, Portuguese, and British - and Bridgetown Roti’s menu shows off all of those cuisines and flavors. There’s the slightly spicy, turmeric-laced patty that comes stuffed with callaloo greens and crab meat, savory curry chicken roti wraps, or house dipping sauces that range from lime pepper tomatillo to Fresno mango masala. 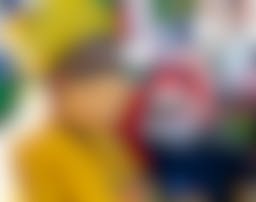 Twice a week, Guyanese chef Yonette Alleyne sets up shop at the Crenshaw and Atwater Farmers’ Markets, selling prepackaged boxes of her excellent Caribbean food, complete with almost scientific at-home reheating instructions. Golden Jamaican patties come stuffed with spiced beef and wrapped up in a buttery, flaky crust. Jerk chicken is bathed in a heavenly dry rub, and rather than hitting us over the head with a sea of sauce, is lathered in allspice, black pepper, paprika, and nutmeg. Head to Caribbean Gourmet’s Instagram to place a preorder.

Chef Kiki’s Kitchen is your one-stop-shop for all your catering and private chef needs, including caramelized boysenberry pies, lobster and steak served over asparagus, and trays of Korean BBQ beef prepped for the entire week. Run by executive chef, Kierstin (Kiki) Hadley, this pop-up offers an array of services, including catering, personal chef work, private parties, custom meal preps with dietary restrictions, cake orders, and more. Chef Kiki brings over 15 years of culinary experience, head to her website to request a quote. 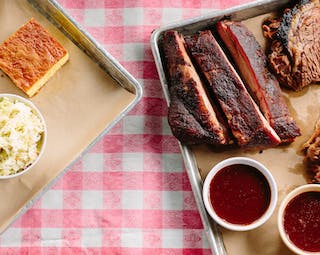 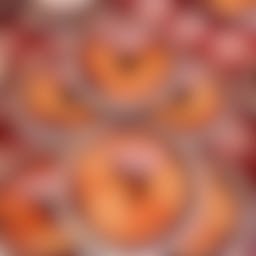 Inspired by the recipes made by her aunt, Shae Seward founded Cobbler Mania in 2004. Selling directly at farmer’s markets, she began offering a variety of baked goods “so good you’ll (want to) slap somebody,” including ones sweetened with agave and filled with white peaches, blueberries, strawberry-rhubarb, and pear-apple — all while never using artificial preservatives or flavors. You can find Cobbler Mania at the Torrance, Culver City, La Cienega, and Hollywood Farmer’s Markets. Follow their Instagram for more information. 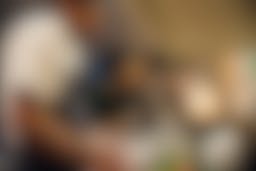 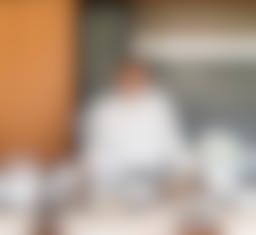 After being furloughed from her job at Nordstrom at the start of the pandemic, CEO and founder of Fleurs Et Sel, Lara Adekoya, turned to baked goods. All of her flavors, like soft oatmeal raisin cookies made with fine chopped walnuts, pistachio and raspberry amours peppered with hints of whie chocolate, and Yaya’s Birthday Cake cookie, a white chocolate and sprinkles confection perfect for any celebration (birthday or not), can all be ordered through Fleurs Et Sel’s website. Check their Instagram for pop-up dates.

In what originally began as a side-hustle, LA Grind Coffee & Tea Bar is a way for owner Vanessa Punche to connect with other people, provide high-quality products, and inspire young women of color to follow their dreams. The mobile coffee and tea catering business sources their beans from Cameroon, and have a creamy body and caramel, chocolate, and black currant notes. To learn more, head to their website. 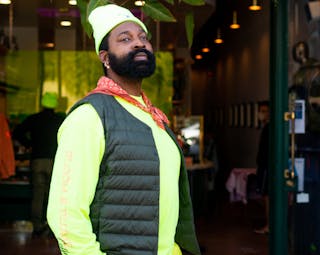 This LA chicken pop-up is “bringing the South to your mouth” with wings that are bathed in jerk sauce, baked with lemon pepper sprinkles, and prepared sweet and crispy in the style of Korean dakgangjeong. It’s all being made by Melissa Cottingham, a private chef, restaurateur, and entrepreneur, who’s also known as Mel, “The Queen of Wings.” All orders must be placed in advance, so check their Instagram for the latest updates.

Whether it’s lobster tacos, honey-glazed lamb chops, catfish served with a three-cheese mac and cheese, is there anything Deon Steward can’t cook? Apparently not. He’s the chef and owner of Munchie Madness, a pop-up restaurant located in Compton. They drop a new menu of offerings every morning on Instagram, ranging from double-layer nachos to honey BBQ chicken wings served with Cajun fries. Check their Instagram for the latest updates. 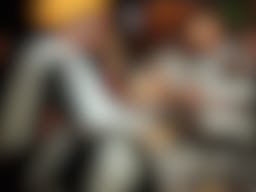 Ozi’s Kitchen is a Jamaican delivery pop-up serving oxtails, jerk chicken, and patties made with spicy beef, as well as dishes like the vegan chicken chop suey and a plant-based meal prepared with stir-fried vegetables and fried plantains. Run by Ozi Brown, a Jamaican-born chef with over 15 years of culinary experience, his cooking draws inspiration from his Rastafraian faith and culture, and incorporates vegetarian dishes and halal meals. Check their website for more details. 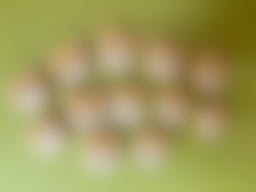 As a mom and professional hip hop dancer by day, pastry chef by night, chef Jazmyne Jenkins does it all at her Valley Village pop-up, Pastry By Jazmyne. The custom-order bakeshop offers super-cute confections in the shape of dinosaurs, jungle animals, and even famous whistle expert, Peppa Pig. All the options are perfect for a birthday treat, dessert at home, or something to pick you up after a long day of staring at your clean, unfolded laundry. 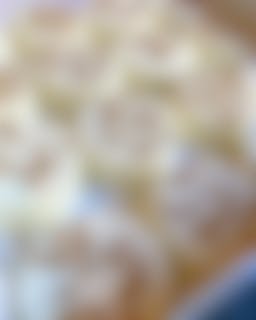 If you’re in the mood for sweets (or pissing off your dentist), place an order from Sugah Rush Bar. Run by pastry chef Jamiella Roberts, she’s trained at The Art Institute of Los Angeles, and creates beautiful, custom-order desserts that look just as good as they taste. For inquiries, email miellasugahrushbar@gmail.com, and check out their Instagram.

Created by chef Sharde Jackson, Voodoo Vegan is serving traditional Southern food with a plant-based twist. From vegan seafood gumbo to a tangy, sweet kale slaw and fried oyster mushrooms, this pop-up brings the Louisiana flavors of Creole and Cajun cuisine to South LA. Menus are posted to their Instagram - follow for all the latest updates. 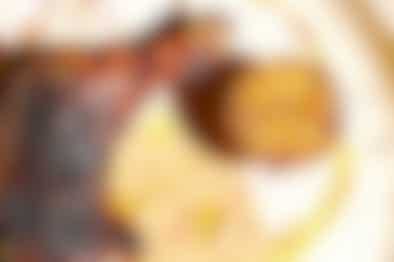 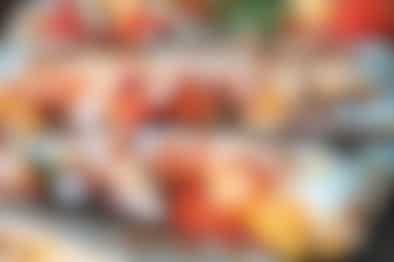 It’s more important than ever to support LA’s Black-owned food trucks. This is a running list we’ll be updating constantly. 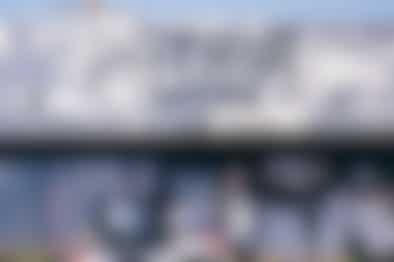 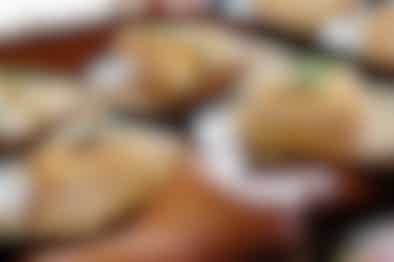 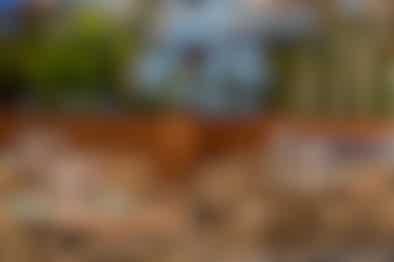 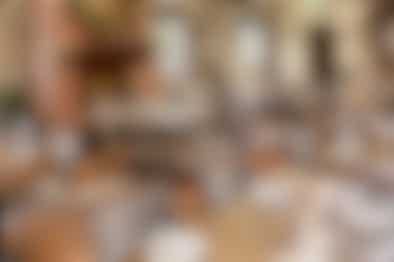 A running list of reopened LA restaurants with outdoor spaces, organized by neighborhood. 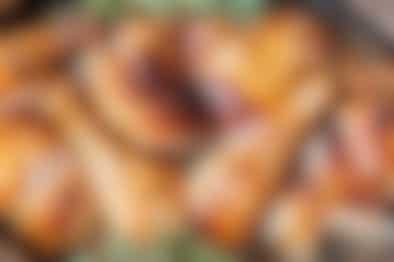 Whether you’re looking for takeout, delivery, indoor, or outdoor dining, the Hit List is here to help you find a great new spot to support.
Restaurant Finder