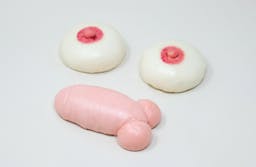 It’s Saturday night. Valentine’s weekend. Hair has been washed and denim has been dusted off. Yes, Valentine’s Day is a capitalist construct of a celebration but, fuck it, the Diptyque is only allowed to be lit on special occasions. It’s February the 13th, and you’re feeling lucky tonight ; ).

Dinner is lovely. The wine spectacular. And the vase you used to decant a bottle of Casillero del Diablo Cabernet Sauvignon into? A stroke of genius. At some point someone says something about love, and you both go all doe-eyed. “Let me just grab pudding” you say, trailing your hands across your loved ones’ shoulders.

You return and lift the lid of the steamer like a 70s magician. After the steam settles there’s laughter. “They’re chocolate-filled boobs and a willy! From Bao! Limited edition for Valentine’s Day! Completely sold out!” ... “Wow, haha! Cooooool!”. It’s the handheld blender reaction from Christmas all over again.

In the weeks that follow they begin to question all of your quirks. Your Sunday afternoon penchant for Carry On films. The framed Superbad poster on your wall. Your three-month internship at Nuts magazine, aged 28. And then, suddenly, it’s all over. That’s it. What happened? Was it the buns? You have so many questions. And I have some of my own, these are the main ones:

WHO WAS BAO’S MODEL AND WHY DOES THEIR DONG LOOK LIKE PRINCE CHARLES’ FINGERS?

Something isn’t right there is it? It makes me feel a bit uncomfortable. Not out of insecurity, but out of genuine concern. Whoever Bao’s model was, their thing shouldn’t look like that. And by that I mean Prince Charles’ massive Wall’s sausage fingers. His hormone-injected saveloys. Is there something wrong with you if you look at a steamed penis bun filled with molten chocolate and white chocolate chips and think of the monarchy? Probably. 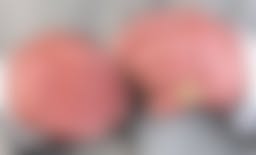 IS THIS THE END GAME FOR #FOODPORN?

A good question and one that nobody wants me to deep-dive into, which is all the more reason to briefly do so. Bao aren’t the first to do NSFW food and nor will they be the last. Irresistible edible pin-ups have been around since the 70s, and even before. It’s a subculture of sorts. Like people who marry cars, or Gregg Wallace’s internet wives. Is the idea of a massive, dripping, rotating, phallic-or-breast-shaped doner kebab a nice one? Not really. Will that stop someone with a second-hand kebab grill bought off eBay from spending months in a garage pressing marinated chicken fillets into the shape of boobs? Absolutely not.

No. No to all. I mean, they are a bit heteronormative aren’t they. But who am I to talk. I’m just asking... okay!

I really like Bao. I’ve queued in the rain for Bao on multiple occasions. I’ve recommended Bao to friends and family countless times. There are a few things that hold a strong place in my heart, like their Taiwanese fried chicken, or that deep-fried Horlicks ice cream bao from Soho. But… the lack of butt bun makes me question everything. Who tf doesn’t like a cute behind? Are they ass-shamed? Bao-folks: my email is jake@theinfatuation.com. I eagerly await your explanation. 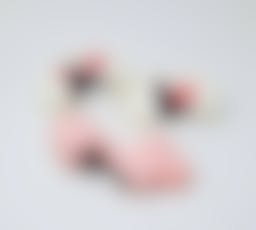 IS THIS JUST DECADES WORTH OF STAG & HEN DO BANTER TARTED UP BY A RESTAURANT WITH A SLICK AESTHETIC AND GOOD FOOD FOR INSTAGRAM AND FOOD MEDIA WEBSITES TO OMG OVER?

34 New Restaurant Openings That You Can Book Right Now
What happened to all those restaurants that opened during the pandemic? They’re open for bookings from April 12th, that’s what.

How To Secure A Seat At London’s Best Restaurants
Restaurants are booking out quick, but prepare for al fresco freedom with Staff Writer Heidi Lauth Beasley’s tips on securing a reservation.

55 Great Walk-In Restaurants With Outdoor Seating
Because spontaneity (and disorganisation) is the spice of life.

Was It Love Or Was It Lockdown?
Where to go when you need to figure out if your feelings can exist outside of a global pandemic.