Kate Previte
How To Make A Paper Plane
The Paper Plane is a great cocktail for kicking off the night - it’s not too sweet, and not too strong.

Sometimes you need to feel things out before deciding what kind of night it is - whether you want to stay up until 4am, or operate some heavy machinery before going to bed at a decent hour. In this situation, the Paper Plane is your ideal cocktail. It’s reasonably strong - but (probably) won’t result in you texting your ex an epistolary novel full of Adele quotes with a bit of Usher thrown in. And much like an Old Pal, this cocktail isn’t especially sweet (although it is a little more robust than the Old Pal). So make it one of your go-to drinks when you aren’t mentally prepared to take on a full-strength cocktail like a Martini or Manhattan.

How It Tastes: Light, Tart, Refreshing

The Infatuation Guide To Making Better Cocktails At Home 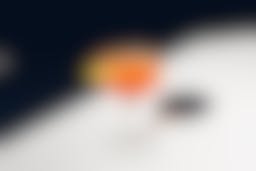 Hopefully you’ve read enough of our cocktail tutorials by now, and you’ve recognized a pattern: Buy lemons. Then squeeze them. When it comes to making cocktails, fresh lemon juice is worth its weight in state secrets. Add .75 ounce lemon juice to your shaker.

In this cocktail, Aperol functions as the sweetener. Think of it as Kenneth in 30 Rock or Greg in Succession. Add .75 ounce to your shaker.

Amaro means “bitter” in Italian, and that’s exactly what this type of liqueur is. Technically, any amaro could work for this drink. But Amaro Nonino is lighter than most amari (that’s the plural of amaro, forgive us for sounding pretentious), and it also has a very respectable 33% ABV.

You don’t need to use your top-shelf whiskey for this one. The nuance will get lost in the mix, like when highly esteemed actor John Leguizamo played a demon clown in the movie Spawn. Any decent bourbon will do, as long as it doesn’t cost less than, say, $18.

Now, give everything a 15-second shake. Once you’re done, strain your cocktail into a chilled coupe, then add your garnish. According to tradition, this gets a lemon twist - but seeing as how this cocktail was allegedly named after an M.I.A. song, the tradition is only about a decade old. So let’s go ahead and use a grapefruit twist instead. The cocktail already has lemon juice, so this’ll bring a little more flavor to the table. Finally, enjoy your Paper Plane, preferably while listening to M.I.A. and watching Spawn. 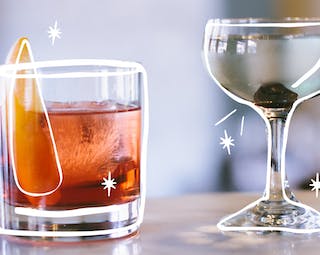 Make Better Cocktails: Rules To Live (And Drink) By

Read
Advertisement
You'll need a better browser for that!
Upgrade to Chrome and start finding Restaurants.
We use cookies to personalize content and advertisements, provide social media features, and analyze traffic to our site and apps. We may share information about your use of our site with our advertising and analytics partners. Read our Privacy Policy for more information.
Accept Cookies