If you haven’t lived in Davis Square yourself, you’ve probably at least been to a friend’s barbecue in one of the triple-deckers just off the square and wished you did. It’s green, it’s lively, and it’s the home of a robot Pope at the Museum Of Bad Art. It also has some great places to eat and drink, which is good, because after you’ve seen a robot Pope you might need a cocktail or two to help put it into context. Here are the best spots in one of Boston’s most unique neighborhoods. 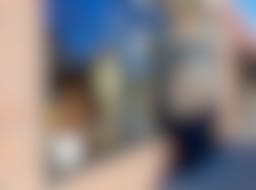 Spoke is a tiny wine bar with a great bottle selection and built-in coasters on the bar that light up in case you can’t figure out where to put your wine glass. In other words, it’s serious about wine. But unlike other wine bars where you might only nibble on some cured meats while you order another glass of Chablis, the food is worth coming here for on its own. Start with the sunchoke donuts - tiny, cakey fried artichoke rings that you’d eat by the bag like potato chips if you could - and move on to the gnocchi with matcha and pistachio. 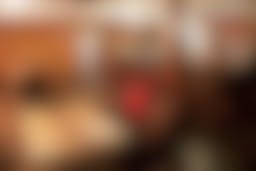 We can argue whether UpperWest is technically in Davis Square. The fact that it’s only about an eight-minute walk down a tree-lined path from the T stop suggests that it is. The fact that it’s in an entirely different city suggests that it isn’t. But what you can’t argue with is that this wine bar hidden in the basement a Veteran’s Hall is a fantastic place to grab a drink. Head around to the back of the building, walk down the musty stairs, order some charcuterie (or one of their bigger pasta dishes if you’re hungry) and be happy that someone’s neighborhood has a very cool place to drink, even if we’re not sure whose neighborhood it is.

The standard Thai dishes at Dakzen, like the pad Thai and pad see ew, are great. But what really sets this counter-service spot apart from the street noodles, delicious bowls of incredibly tender meat, flavorful broth, and perfectly cooked noodles that tell the “soup isn’t a meal” crowd to sit down and shut up. The whole menu only has about 15 entrees, so eventually you’ll be able to try them all if you want to and, frankly, that’s a pretty strong life goal. 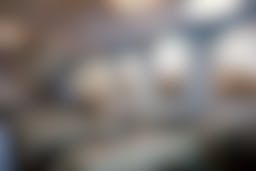 If you go within a three-block radius of Rebones, you will smell Redbones. And if you smell Redbones, you will probably walk into Redbones. And if you walk into Redbones, you will be happy, at least for a little while. That’s what you get from big plates of really smokey brisket, moist baby back ribs, and beignets that you should pretty much always order because, come on, they’re tiny little cakes covered in powdered sugar. Upstairs, this place looks like a traditional southern barbecue joint where people talk about high school football. Downstairs, it looks like a Somerville bar where people talk about the Sh!t-Faced Shakespeare production they just caught at the Rockwell down the street. Both spots serve their purpose, and both spots are great places to eat and drink, thanks to a giant cocktail selection and beer that you can order in four different sizes. 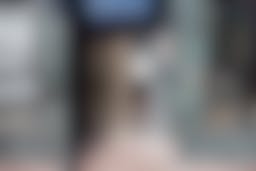 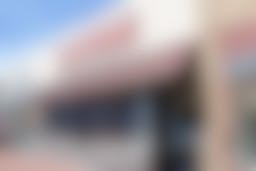 If the Dalai Lama ever comes to town, someone should take him to Martsa - not just because his portrait is hanging on the wall high above other pieces of Tibetan art, but because it’s hard not to find inner peace when you’re biting into one of their spiced chicken momos (we prefer the steamed versions to the fried ones). This is a tiny, casual spot that doesn’t have a liquor license, but it recently became one of the few BYOB spots in Boston, and the mango lassi drinks are more than good enough to accompany the spicy pork belly chili. If you’re staying away from meat, you’ll find something you love within their big selection of tofu and vegetable curries. 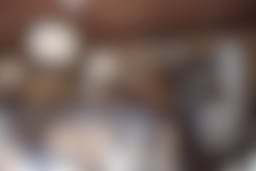 Margaritas are a divisive drink. Some people think they’re too sweet, some people think they should never be frozen, and some people think that not drinking a margarita outside on a hot day is to essentially give up on life itself. The Painted Burro, a big, loud, and always crowded Mexican place, is a neutral zone where these warring factions can have peace talks over a plate of empanadas. The margaritas here are not only excellent, but come any way you could want them: frozen, tangy with hibiscus, spicy with jalapenos, or with a big slice of watermelon wedged right on the glass. And all these drinks accompany a really good menu of stuff you don’t normally see at neighborhood Mexican spots, like duck enchiladas, short rib tacos, and grilled swordfish with mango and papaya salad. You’ll probably need to book in advance here (even the big bar on the side is usually packed) but you’re here to drink margaritas and party - the crowds are part of the fun.

We love almost any slice joint, because walking down the sidewalk with a slice of pizza is the type of freedom our forefathers envisioned when they built this country. But it helps if the slices are good. That’s the case at Dragon, which makes some of our favorite pizza in Somerville - it has a crispy crust, cheese and sauce that fight with each other to impress you, and there are also some interesting topping combinations, like the BLT pie. You don’t have to take it to-go, either. It’s a tiny but funky spot with a giant collection of cassette tapes and even some good salad options if you want to have an actual meal instead of just a slice to keep you going before your real meal. 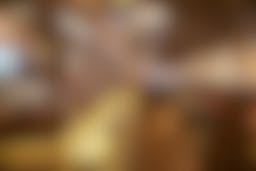 From the outside, Rosebud looks like one of those old-fashioned railcar diners where even the napkins are covered in grease. And while it does, in fact, make some really good pie along with big plates of brunch food like chicken and waffles, inside the old diner has actually been blown out to build a big, comfortable restaurant and bar. This is a great place to sit at a dark but not dingy bar by yourself and eat the Texas Rachel In A Skirt, a really good brisket sandwich. 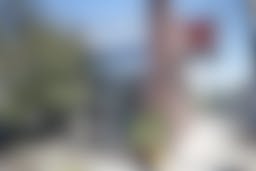 The pizzas at Posto have one of our favorite crusts in the city. It’s light and airy with those crispy pockets of air that we like to call “crust clouds,” even though everyone thinks we’re weird when we do. But you don’t have to come here just for the pizza. This place has a full Italian menu of things like the brown butter pappardelle with ricotta and carrots which is so good that, even if you come here for a pizza, you might order to-go at the end of your meal so you can have it for Dinner 2.0 later. It’s a big, modern space with lots of families and the game on the TV above the bar, so it kind of feels like Davis Square’s living room. 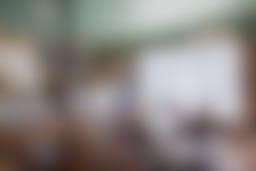 Pretty much everything’s good at Tenoch, a counter-service Mexican place on Highland, so if you grab some tacos with carnitas or chorizo and melted cheese, you’ll be happy. But you really should be coming here for the tortas. The bread is perfectly toasted, they’re all under $9, and they’re stuffed with some great fillings like adobo pork or roasted vegetables. If you don’t know where to start, go with the campechana, which has both chorizo and carnitas. 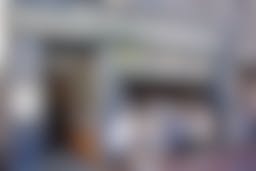 The food at Elm Street Tap is that “elevated pub” stuff you see a lot these days, which mostly means that the jalapeno poppers come with a spicy Korean ranch instead of regular ranch. But if you like to drink beer (and you live in Boston, so you probably do) then you need to know about this place. With 40 rotating taps pouring almost exclusively local stuff and just as many bottles and cans, this is one of the best places to get a beer in the neighborhood, especially if you can drink it one of their sidewalk tables on a summer evening. 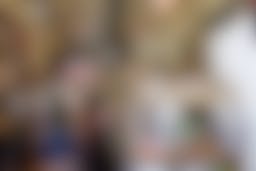 If you go to the tiny Italian market that is Dave’s Fresh Pasta to shop for fresh ravioli, heirloom tomatoes, and a nice Chianti while you pretend to live in a tiny Tuscan village where you do nothing but cook and sit on the veranda all day, you’ll be doing fine. But you also need to know that the sandwich counter is very much worth working into your screw-it-I-don’t-feel-like-cooking-tonight rotation. They have a bunch of different options so you should find something that fits whatever mood you’re in, but if you’re looking for a nice starter sandwich, it’s hard to go wrong with the grilled pesto chicken on a nice crunchy french bread. 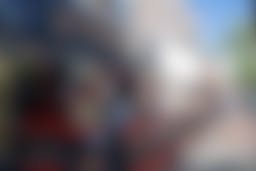 Boston has way too many Irish pubs, and it can be hard to know which are the good ones and which will make you feel like you’re in the Ireland pavilion at Epcot. But with live music every night, sidewalk tables, and a decent beer selection, this place is worth your time. The food is pretty standard pub stuff, but since there’s almost always music and big crowds, it’s not a great place to eat in, anyway. Instead, come here to have too many beers and make friends with the crowds of people who almost always seem happy to be here. 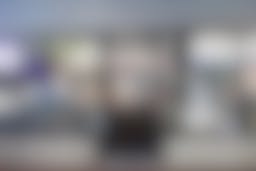 Tsurumen opened in April 2018 and will be open for exactly 1,000 business days. Math is hard, so if you don’t want to miss it, you better just go now. The noodles have a nice bite to them, the broth is flavorful without being overwhelming, and, even though there’s rarely more than four options on the menu, you’ll probably find something you like - our favorite is the 1995 bowl, which comes with dumplings in the broth. It’s a little pricier than other ramen spots ($17-20 per bowl) and it’s a tiny place where you often have to wait in line, but life is fleeting, don’t let little things like time and money hold you back. 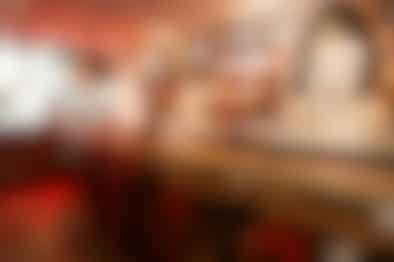 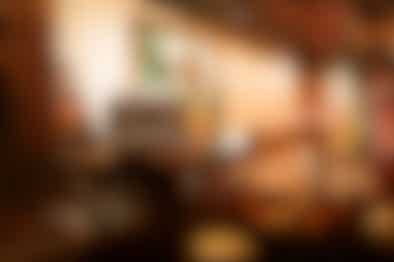 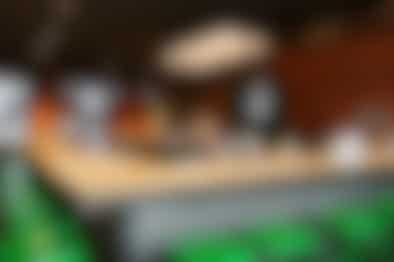 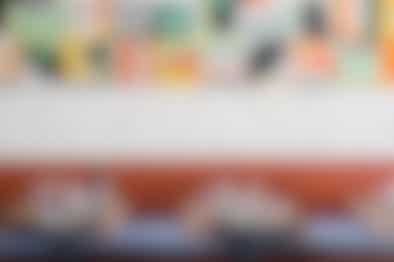 Boston Restaurants That Are Hibernating This Winter

Not open, but not closed either. 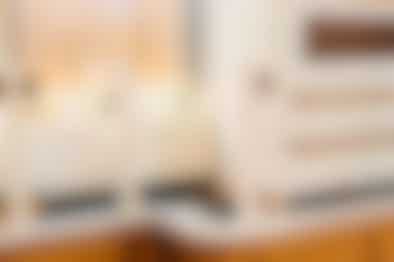 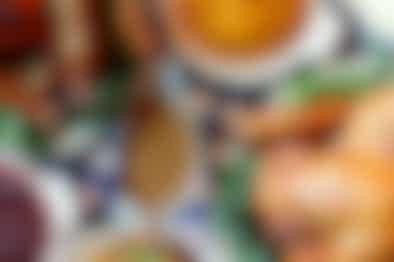 All the spots to grab a bird and some sides. 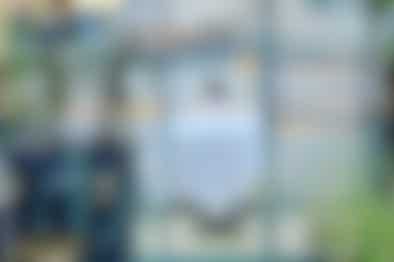